The fireplace is the heart of the home. For centuries untold, it has provided warmth, light, and a place to cook. Once the fireplace was built with a chimney, and not just a depression in the floor, we saw the rise of the chimney sweep. When you think of a chimney sweep, you generally tend to think of grinning children with soot-smeared faces, or a singing, dancing Dick Van Dyke. Now that you’re humming Chim Chim Cher-ee, we can look briefly into a slightly different history than you think you know, and the formation of the legends surrounding chimney sweeps that have been growing for nearly one thousand years. 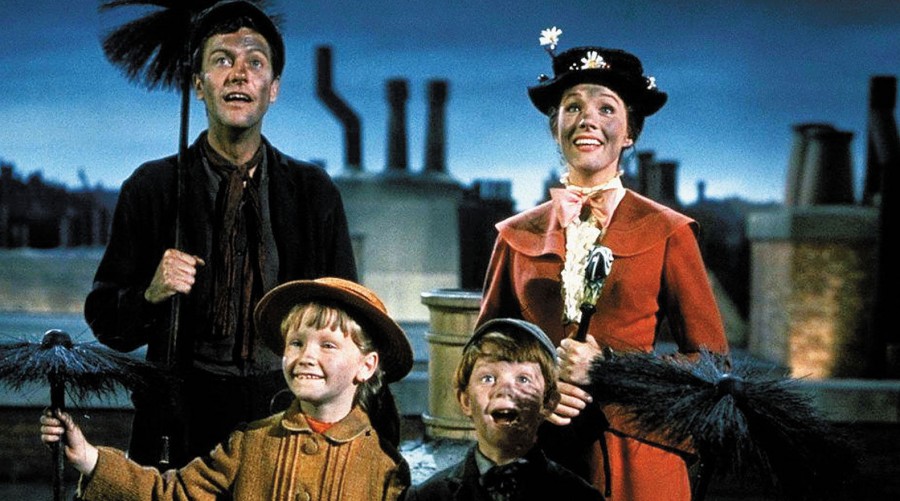 Several things that created the need for chimney sweeps happened in rapid succession. The advent of coal instead of wood to fuel fires to heat the home brought with it dirt and buildup in existing chimneys. Chimney sweeps were in demand to clean these spaces. In 1666 there was the great fire of London. A large portion of London burned due to lack of safety and regulations when it came to the construction of hearths and chimneys that were now being used to burn coal instead of wood. The great fire lead to new legislations and regulations in regards to the construction of chimneys. These regulations shrunk the openings of chimneys to barely 9” x 14” and sometimes even 9” x 9”, leading to chimney sweeps employing children to clean these small spaces.

The life of a child employed to be a chimney sweep was tragic. They were often orphans, sickly, uncared for, and uneducated; this lasted until 1864 when legislation championed by Lord Shaftsbury passed, effectively ending a cruel and shameful practice. 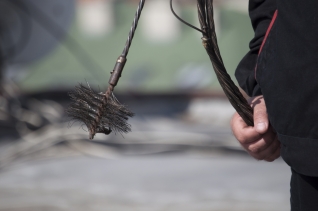 It wasn’t all dark and tragic. The improved safety and ingenious ways a chimney sweep works today is largely thanks to this sordid history. The first mechanical sweeping machine was invented by George Smart in 1803; even though its use was largely resisted in the UK and the US because of the belief that a person would do a better job. The brilliant John Glass marketed an improved George’s sweeping machine in 1828; and is now credited with being the inventor of the modern chimney sweep. The basic design of these sweeping tools is still used today by most sweeping professionals.

When you think of chimney sweeps, you will probably immediately think of Bert, the happy go lucky character immortalized for life in the song and dance number you now have stuck in your head. There are loads of legends that surround the chimney sweep; the biggest being that they give luck.

The legend of the lucky chimney sweep can be found as far back as 1066 when King William of Britain (William the Conqueror) was rescued from a runaway horse and carriage by an unknown chimney sweep. He was summarily invited to the Princess’ wedding and all sweeps declared to be good luck. Some suggest that it was at that time the king also decreed that sweeps were to wear only top hats and tails in order to elevate their status, as well that it would be shameful if he were to show up wearing the dirty rags of his profession. Another story says that King William decreed they should have thirteen buttons on their jackets.

This is thought to be the origin of the belief that seeing a chimney sweep on the day of your wedding is good luck. If the groom shakes hands with a chimney sweep, or the bride blows him a kiss, or kisses his cheek, it is thought to be even more auspicious. Did you know that there is a booming side business for chimney sweeps to be booked to attend weddings because of this? We are guessing that the soot costs extra. 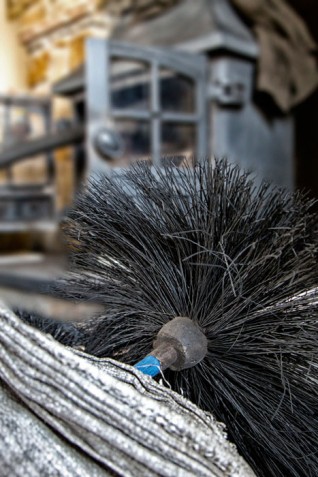 Another story suggests that a chimney sweep saved King George II from being thrown from his horse while riding in the crowded streets. This sweep calmed the panicked animal, then melted away into the crowd. Because King George couldn’t find the man who saved him, he declared that all sweeps were good luck.

From both of these stories, we see one thing. The sweep was deemed lucky by the monarchy and has been for centuries. As is the case with many a legend, these legends grow. Many hold the belief that shaking the hand of a chimney sweep will cancel out all bad luck. In many parts of the world, chimney sweeps are symbolic of good luck, especially on New Years in Germany, Austria, and Hungary, where seeing a sweep at this time will ensure a whole year of favorable luck.

Whether you believe the legends, or know the history. One thing is for sure. The fireplace is the heart of your home. Hearth and home and domestic bliss go hand in hand through heat, happiness, and relaxation. A chimney sweep has a large hand in maintaining the heart of your home. In other words, owning a Napoleon Fireplace will ensure good luck. So, book a chimney sweep today to make sure your chimney is in good working order, and bring in some good luck. Check out our article about What to Expect When Having Your Chimney Swept, if you have never had a sweep come in.

About the Author: Andrea Alden